Can You Benefit From EMDR? 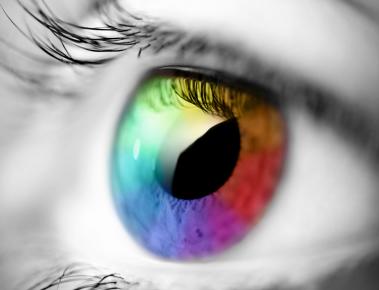 EMDR (Eye Movement Desensitization and Reprocessing) therapy has been declared an effective form of trauma treatment by a wide range of organizations. In the United States these include the American Psychiatric Association, the International Society for Traumatic Stress Studies, and the Departments of Defense and Veterans Affairs.

Those suffering from major traumas such as sexual or physical assault, combat experiences, accidents or the sudden death of a loved one can be diagnosed with post-traumatic stress disorder (PTSD) if certain symptoms exist. These include intrusive thoughts of the event; nightmares or flashbacks; avoidance of reminders of the incident and increased arousal, which can include problems such as sleep difficulties; angry outbursts; being easily startled or having difficulty concentrating.

Research has also indicated that medically unexplained physical symptoms, including fatigue, gastrointestinal problems and pahelp-10241557in can also go along with this disorder. Anyone suffering from PTSD can benefit from EMDR therapy.

In order to be officially diagnosed with PTSD it is necessary to have experienced a major trauma. However, recent research has also revealed that other, less dramatic life experiences can cause even more symptoms of PTSD than major traumas. Many of these disturbing life experiences take place throughout childhood and can include hurtful experiences with parents or peers. The negative impact on the person’s sense of self takes place since, just as with diagnosed PTSD, “unprocessed memories” are running the show.

This happens because the experience was so disturbing that it disrupted the information processing system of the brain. One of the functions of this system is to take disturbing experiences to mental adaptation. So if something happens to us that is disturbing, the processing system “digests” the experience and the appropriate connections are made, while the reactions that are no longer useful — such as the negative self-talk, emotions and physical sensations — are let go.

However, if an experience is too disturbing, it disrupts the system, causing the memory to be stored with the negative emotions, physical sensations and beliefs. Current experiences must link with the memory networks in our brain to be interpreted. If there is an unprocessed memory, the negative emotions and sensations can emerge and color our perception of this current situation. In short, the past is present.

That’s where EMDR therapy can help. While EMDR cannot remove a problem caused by genetics or organic injury, the research indicates that even in these cases negative life experiences can exacerbate problems. When a person is held back from doing things he or she would like to do by feelings of insecurity, anxiety, fear, or unremitting sadness, or is pushed into doing things that are not useful — such as overreacting to people or situations — the reason can generally be found in the memory networks. Many times the problems are unprocessed memories from the past that are poisoning the present.